On 5 April, the Executive Committee came together in Brussels for a full day‘s meeting. There were many items on the agenda including EWL’s work programme for 2018, our financial situation and the upcoming General Assembly. The highlight of the day was the lunch held at Amazone where we were joined by Valentina Brogna, EWL’s outgoing Membership and Governance Coordinator. It was a chance for us to say “thank you” to Valentina for all her hard work over the years and wish her good luck in her new academic adventure. At lunch we also welcomed colleagues Hana Stelzerova and Diana Gregorova from the Czech Women’s Lobby who were in Brussels that week to spend time with the EWL Secretariat.

One of the items on our agenda was the work programme for 2018 and 2018-21. We spent some time discussing the process for devising and pulling together EWL’s 2018 work plan as well as our application for the next four-year funding programme from the European Commission (2018-21). The Executive Committee was updated on the consultation the Secretariat is carrying out with EWL members (via a survey) and with staff for the European Commission application. We also identified some key priorities for 2018 such as consolidating and continuing the path we are on and preparing for the 2019 European Parliament elections, and discussed the need to establish stronger procedures and standards for setting up new projects or task forces.

There was also substantive time devoted to our financial situation in 2016-2017. Everyone was very pleased that, not only have we managed to clear the budget deficit in 2016, but we are also making good progress towards achieving our co-funding target for this year. Mary-Ann Struthers, EWL’s Office Manager, joined the meeting to present EWL’s complex financial processes for ensuring accountability to our donors, our members and the Belgian authorities. We agreed to present this at the General Assembly in June.

We also had a chance to discuss our engagement with members and the next steps for the EWL members’ engagement strategy. We received an excellent draft strategy written by Valentina Brogna and Olga Franczak (previous Membership and Governance Assistant) with input from many colleagues and members, and agreed that this will be presented at the next General Assembly.  We then went on to discuss the outcome from the proposed ENAR paper on ‘Women’s rights, Muslim women, feminism and Islamophobia in Europe: Debunking myths’ and the feedback from members which included a mix of both enthusiastic and more critical reactions – a summary of which will be shared with members soon. The Executive had already decided not to co-sign the paper and we are now considering looking at this topic through the lens of our diversity and inclusion work.

Preparations for the General Assembly also featured on our agenda. We received the wonderful news that Gloria Steinem has agreed to come and speak at our public event on Violence Against Women on 8 June.  Frans Timmermans, First Vice-President of the European Commission, has also confirmed he will meet us during one of our sessions on 9 June and we are currently working out the details with his office. We discussed other key aspects of our European Women’s Forum (7-11 June) and approved the draft agenda. EWL members have already received the formal invitation with the call for nominations and an outline of the programme. More information about the General Assembly will be communicated with all members soon!

We finished the day with a useful update from all Working Groups and Task Forces. We were pleased to see the work progressing and agreed we would discuss with the EWL Secretariat the role of the Executive Committee in these various structures. We were also pleased to hear that the new online forum – the Living Room – is working well and we are encouraging all members to sign up and use it. 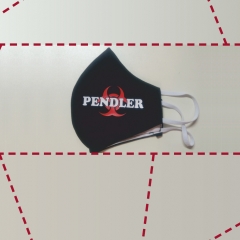 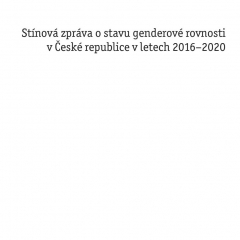