Defending the Rights of Women in Czech Republic

Defending the Rights of Women in Czech Republic

Czech Women's Lobby in the years 2014 - 2016 realized project "Defend the rights of Czech women in the Czech Republic", the project addressed the issue of gender equality in society through monitoring and lobbying in the field of gender equality, lobbying for ratification of the Istanbul Convention to improve the position women facing violence and we organizing a series of happenings (International Women´s Day, One Billion Rising) and events aimed at highlighting current gender issues and women's rights in public.

In the Czech Women's Lobby is active "obstetric" working group which brings together nonprofit organizations that participated in the project for systemic change Czech obstetrics.

Further, another result of this project was creation of Gender Expert Chamber of the Czech republic, which is an official independent platform for cooperation with executive, state, and self-governing administrations. They provide gender analyses and guarantee the expertise of our members from the field. Our aim is to integrate a gender perspective into the agendas of the state and the private sector through the engagement of highly-qualified gender experts.

Thanks to great support of Norwegian funds and OSF, Congress of women could happen second time so in 2015 as well. It was entitled as "Women and media". Our collegues prepared amazing program with the participation of czech and foreign journalists, they gave chance to bloggers and women working in social media to present themselves on the public places, they also danced on the Square of peace in Prague and have inspired houndreds of women and men. One of the most important results of this congress was creation of Ten Commandments of the Congress of women 2015.

Main outputs / achievements of the project:

• Stop.cz campaign for the signature of European Council Convention on preventing combating violence against women, domestic violence (so-called Istanbul Convention), which was signed on May 2, 2016

• Issued a Shadow report on CEDAW participated in the negotiations in Geneva, lobbied for the obligations arising from the Convention professionally Elimination of All Forms of Discrimination against Women (CEDAW)

• World Week respect to labor 2015 and 2016 in Prague, Brno and in 2016 also a seminar for organizers of the World Week of respect for labor in other cities

“The Project is being supported by the Open Society Fund Prague from the Let’s Give (Wo)men a Chance programme, financed from Norway Grants. With Norway Grants, Norway contributes towards a reduction in economic and social disparity and the strengthening of mutual cooperation in Europe. It promotes, above all else, environmental protection, research and scholarships, civil society development, health care, children, gender equality and an improvement in the efficiency of justice. The Let’s Give Women a Chance programme promotes equal opportunities for women and men both in their work and personal lives as well as prevention and help for victims of domestic and gender-based violence in the Czech Republic. It is operated by the Open Society Fund Prague, which has been developing values of open society and democracy in the Czech Republic since 1992.”

The Project has been funded with support from the Office of the Czech Government and the Government Council for Equal Opportunities.

26. 9. 2015
After the huge success of the first year, in the Prague National House Vinohrady was on Saturday, June 20, 2015 held the next Congress of women. The main theme of the second edition was "Women and Media". Více... 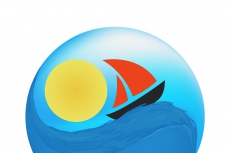 26. 8. 2015
As part of the Czech Women's Lobby, there’s an “obstetric” working group, which in addition to training the member organizations and the public in the area of normal birth and acquisition of relevant data and expert opinions. Více...

19. 8. 2015
The Gender Expert Chamber of the Czech Republic is an official, independent platform for cooperation with executive, state, and self-governing administrations. Více...