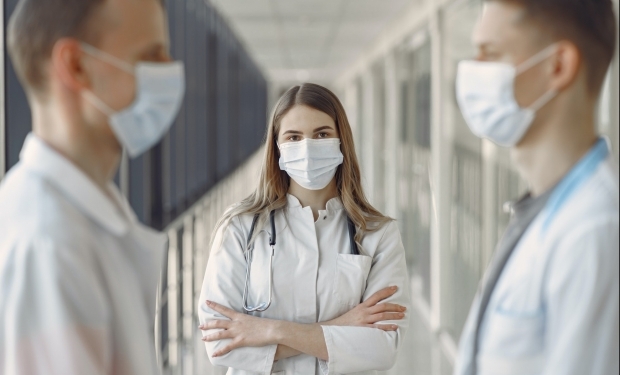 In the emergency state, the Czech Women’s Lobby, an umbrella organisation of almost 40 women’s rights organisations, continued its everyday activities focused on improving the conditions of women in society. It is a topic where our state still has a lot to improve. During the emergency situation caused by Covid-19, the crisis of gender equality has showed itself in its full range, whether in the increase of domestic violence against women and children during the lockdown, or in the workload, significant sectoral feminization and underpayment in the healthcare, social and retail industries.

The main activities of the Czech Women’s Lobby during the Covid-19 crisis were focused on the gender perspective. First there was a reaction to one of the most serious forms of discrimination against women by the Government of the Czech Republic. Despite the recommendation from the World Health Organisation (WHO), they banned women to have their selected companion during labour and childbirth, including the father of the child. We sent an open letter to ensure compliance with the recommendations of WHO to our top representatives. Thanks to the support from the general public that reacted very actively to the appeal from the Czech Women’s Lobby, the Collection of childbirth testimonies and wishes in light of Covid-19, we managed to map the pitfalls of this ban resulting mainly from the missing support of a close person, the staff overload and a lack of protective aids and encourage our top perinatology specialists and government representatives to cancel this ban. Sentences such as: “The nurse was holding my legs, so I told her off with a great deal of effort and she let go. Nevertheless, I was not allowed to be in the position that I would have chosen instinctively for the child delivery. The doctor shouted at me: ‘Put your arse down!’ This sentence still echoes in my ears.” or “After the childbirth the nurse inserted a cannula in my vein and with the information: ‘We give this to everybody here’ she applied an unknown substance to my blood.” should not happen in the obstetrics in the 21st century or in a democratic society. Unfortunately, more than ten thousand women gave birth without the option to have support from their closest person.

An important act leading to an increase of equal opportunities for women, even in the tense pandemic time, stretching over to the calmer times, was also our open letter addressed to the Government Commissioner for Human Rights and the Minister of Industry and Trade asking for a more equal representation in advisory boards. Unequal representation of women in the government advisory board, National Economic Council (NERV), where only one woman was nominated in this 16-member board, reflects the dismal proportion of women in decision-making positions in our country. Apart from listing the reasons and benefits of involving women in decision-making processes for reinforcing the economy in the pandemic, our open letter also included a list of suitable potential female candidates. The Government Commissioner for Human Rights supported our activity, and our proposed expert Simona Kijonková, the leader of the Packeta holding, including the international company Zásilkovna, which she founded, was appointed in the NERV. Despite this success, we believe that Czech economy deserves a more diversified perspective and that two women and fifteen men is not a proportion reflecting the actual Czech population and its needs.

In the emergency situation, we continued our activities supporting and interconnecting our member organisations, even with their potential clients. We centralised telephone and on-line helplines for violence victims and pregnant women, collected experience from our member organisations and informed the general public about it. We reported about the experience from abroad through our cooperation with the European Women’s Lobby. The peak of our help for violence victims was a joint press conference of our coalition Voice against Violence which started its information campaign by means of city lights in the streets of Prague asking to help domestic violence victims and providing contacts to the organisations providing help.

Our activities, aimed at ensuring equal opportunities for women and men, had to become more intensive in the emergency situation. And even now, when we are slowly returning to the normal situation, our everyday support and protection of women’s rights is not finished, rather the contrary. Our society still has a long way ahead before reaching equality.