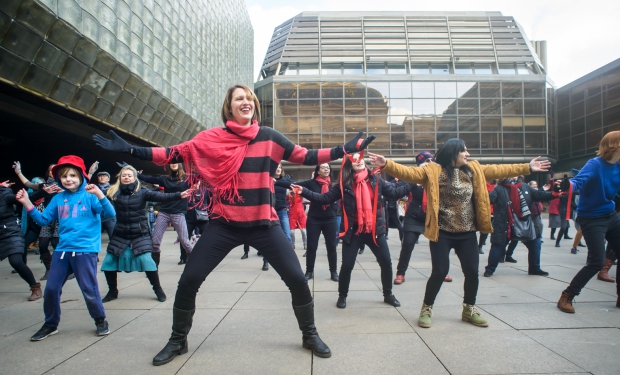 On Valentine’s Day, February 14, 2018 Czech Women’s Lobby joined to One Billion Rising 2018, international campaign to raise awareness about the violence against women and girls worldwide. Participants gathered at Prague’s Vaclav Havel Square (formerly Piazzetta of the National Theater) to dance with over 200 countries in solidarity to end violence against women and girls.

As part of this campaign, Czech Women’s Lobby launched a Dance Against Violence Competition, which consisted of filming a video with dance choreography on the song Break the Chain, a symbol of this international campaign. The winners of the contest got the opportunity to perform during the event at Piazzetta of the National Theater.

The event was financially supported by the US Embassy Prague; the Patronage of Tancem proti násilí//One Billion Rising 2018 was taken over by the President of the Czech Police, Major General Tomáš Tuhý and the Mayor of Prague, Adriana Krnáčová; and it took place in cooperation with the National Theater. 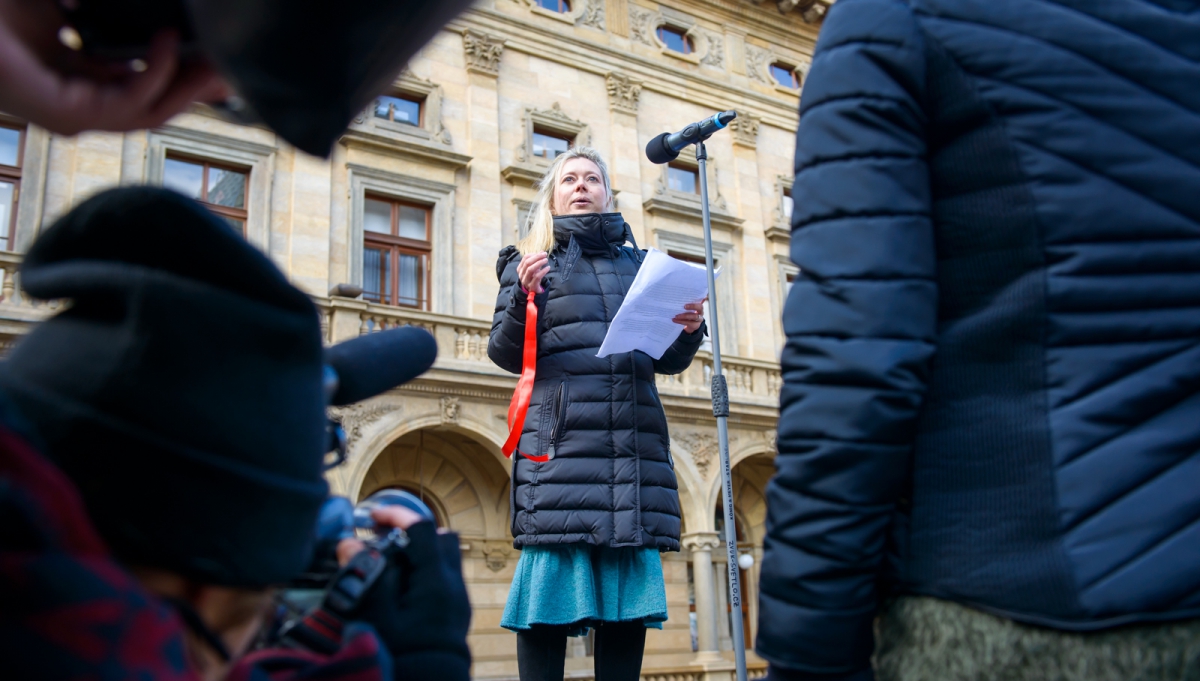 Several celebrities (for example Taťana Gregor Brzobohatá or Alena Antalová) were involved at the event and made videos to draw attention to this important issue. You can find it on YouTube channel of Czech Women’s Lobby or on our facebook.

This event supports the prevention of violence against women in society. Member organizations of Czech Women’s Lobby,  ACORUS, SIMI, Konsent, OZVI SE! / HollaBack! Czech, proFEM a ROSA, (who work with survivors of violence), were available on the spot for people seeking help or who just want to learn more about the issue. There was also a photocorner where it was possible to také photos with thematic signs and hashtags #1BillionRising and #ZenuAniKvetinou. The photos from both the photocorner and the whole event you can find here or here. 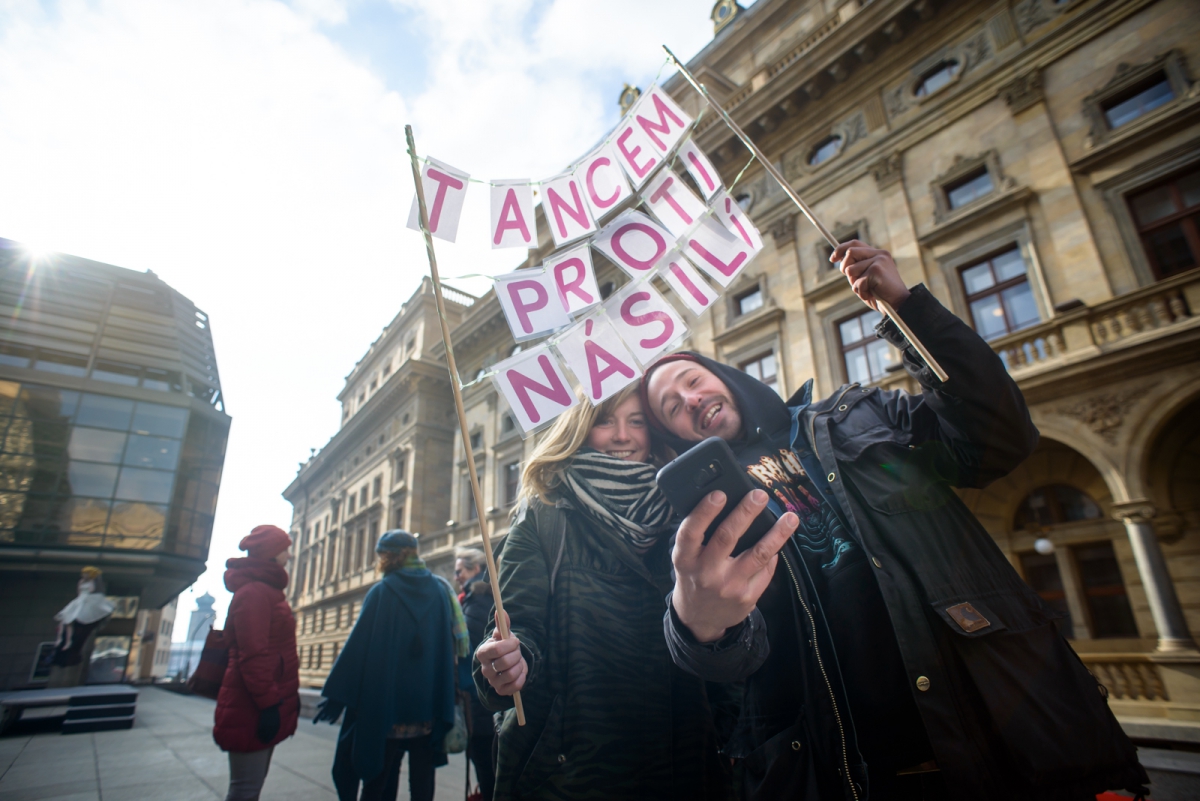 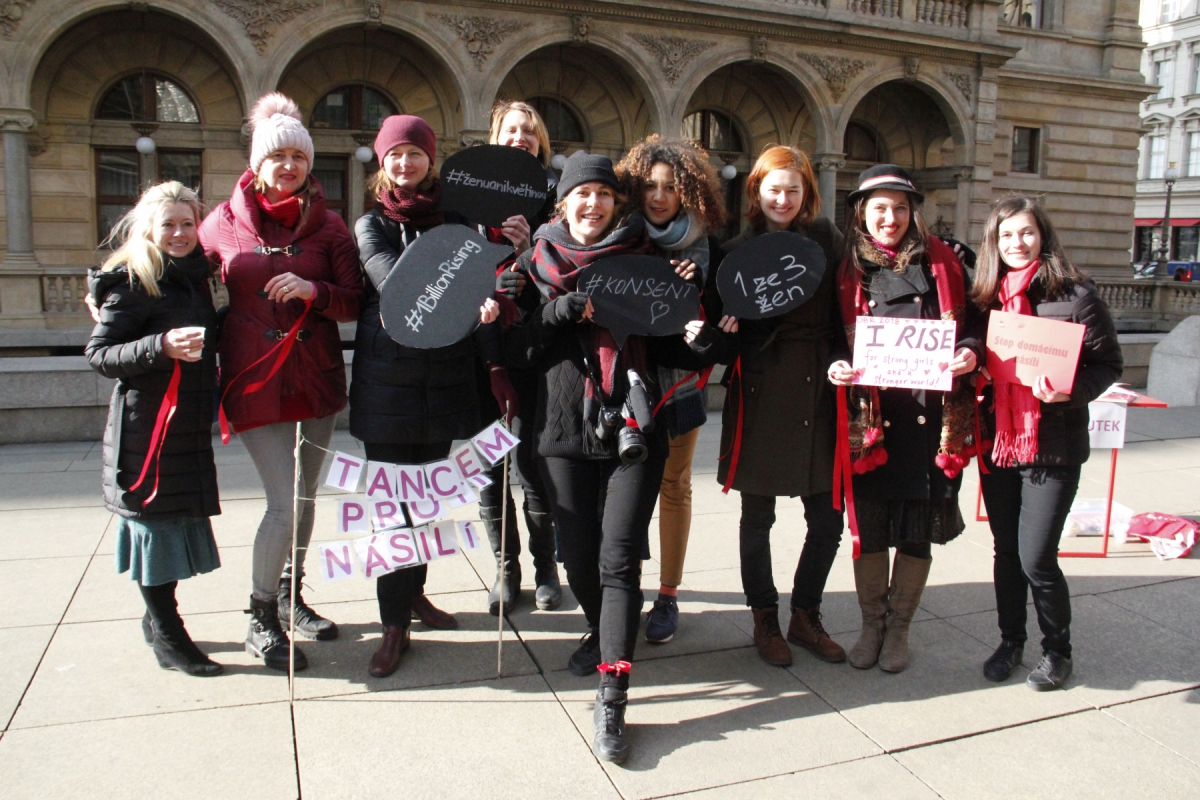 During the event, people learned the dance from the experienced dance group The Direction Project, under the direction of Milan Odstrčil, a former dancer with the prestigious 420PEOPLE.org. 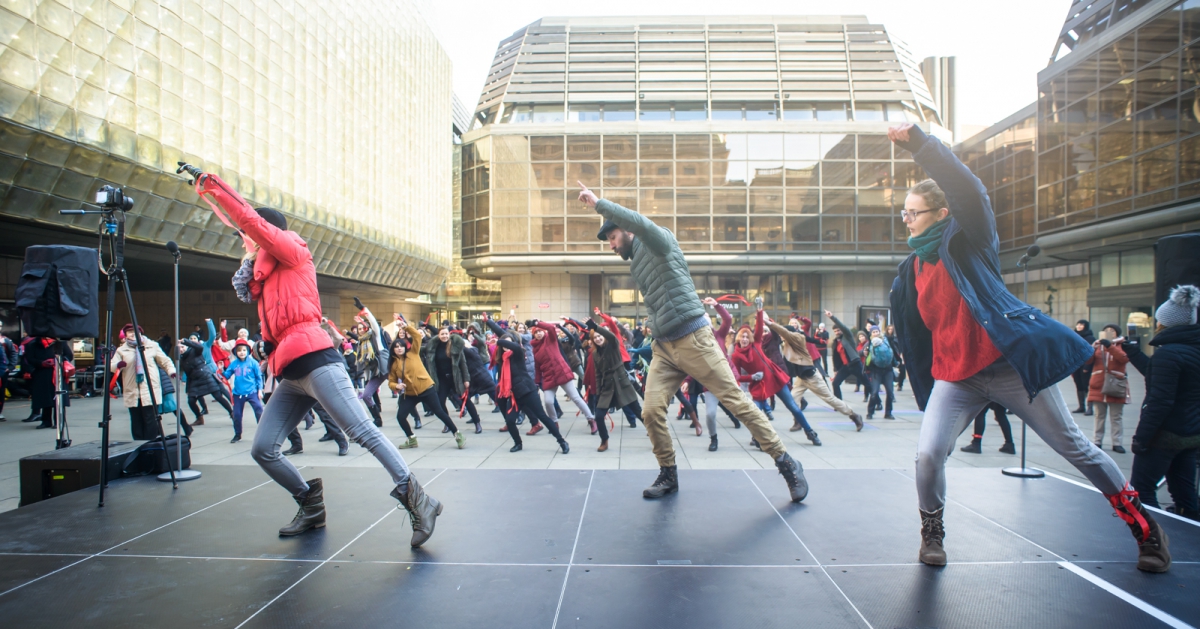 Check out our official video from the event: 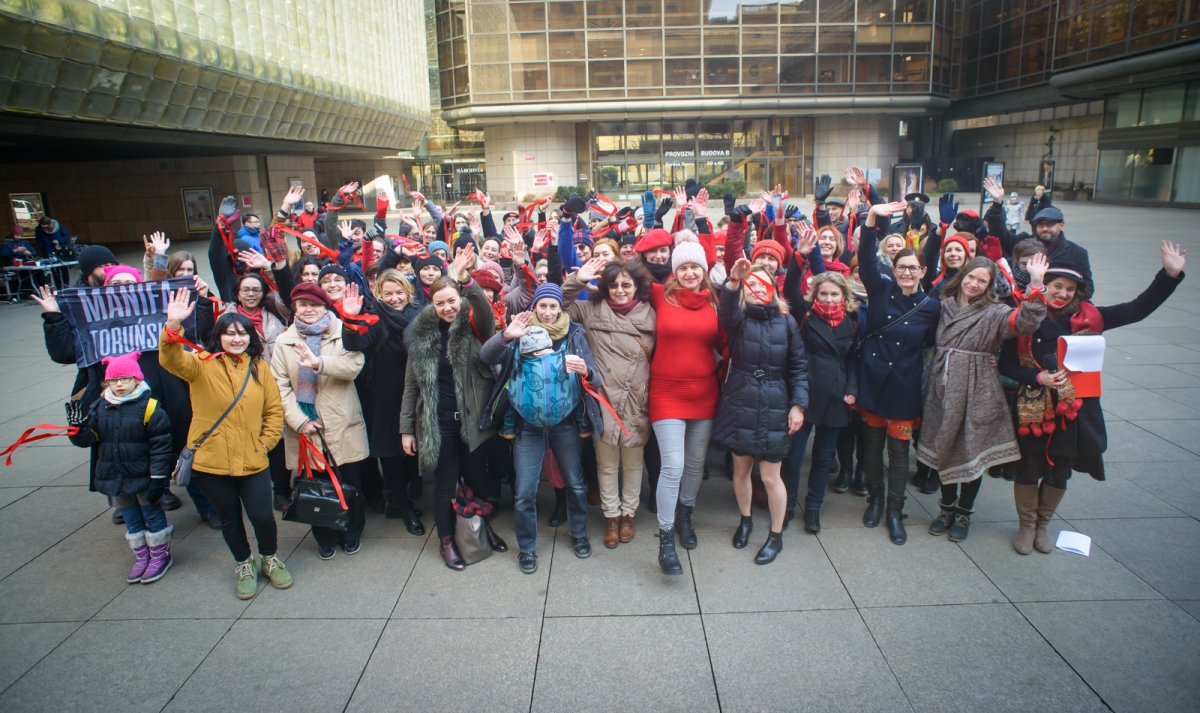 The press release from the event Tancem proti násilí/ One Billion Rising 2018 you can find here.