The campaign Stop violence against women began in February 2015 when Czech women´s lobby prepared a press conference with discussion. After this conference deputy from Amnesty International contacted us and the cooperation between our organizations within the campaign started.

The campaign included discussions, lobbing, petition on website Stop.cz with a big promotion from AI all over Czech Republic (on festivals, public happenings etc.).

AI with our support prepared a public poll that showed that almost half of Czech society thinks that women is partly responsible for being raped. This poll is helping to open public discussion and put the issue into wider context.

Here is the information about the campaing from the webpage Stop.cz:

Violence, sexual harassment and stalking are a violation of fundamental human rights. Yet these are on a huge scale in the Czech Republic. Only a tiny percentage of violent crimes that occur end up with punishing the perpetrators. There are many measures that may take to protect victims more.

The new Council of Europe Convention on preventing and combating violence against women and domestic violence is calling the EU Member States to take such action. Czech Republic is among the last countries that still refuses to sign the Convention. Amnesty International, which in cooperation with other organisations fights to protect the rights of women, initiated the campaign "Stop violence against women".

Amnesty International is a global movement of people who seek to protect human rights. With more than seven million supporters and branches in 70 countries, Amnesty International is the largest human rights organisation in the world. It has consultative status with the United Nations and was awarded the Nobel Peace Prize. In this project Amnesty International cooperates with other organisations defending the rights of women: ProFem, Czech Women's Lobby, Czech Association of Women, Rosa, Consortium of NGOs working with migrants in the Czech Republic, European Network against poverty and social exclusion etc.

The Project "Defending the rights of women in Czech Republic" is being supported by the Open Society Fund Prague from the Let’s Give (Wo)men a Chance programme, financed from Norway Grants and the project has been funded with support from the Office of the Czech Government and the Government Council for Equal Opportunities. 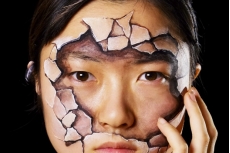