From Silence to Voice: The 2020 Women’s Protest Movement in Belarus

From Silence to Voice: The 2020 Women’s Protest Movement in Belarus 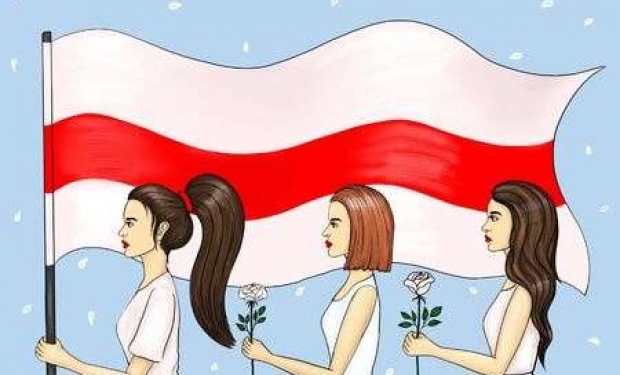 "The first marches in September were mostly safe. But the police slowly started to beat and arrest women during those events. Even more vulnerable groups started to march, to show that they want to stop the violence. So there were formed protest of old ladies, pregnant women," says activist and gender researcher Alena Aharelysheva about the beginning of the Women’s Protest Movement in Belarus.

The world is in awe of the brave women of Belarus—not only the women opposition figures led by Svyatlana Tsikhanouskaya who risked their safety and freedom to challenge authoritarian President Alexander Lukashenka’s dubious claim to victory in the August 9 presidential elections, but also average Belarusian women who took to the streets to protest police brutality in the post-election crackdown, and fight for freedom and democracy in their country.

Prague Civil Society Center with Czech Women´s Lobby hosted on October 22 an online debate with Alena Aharelysheva called rom Silence to Voice. The debate is available on youtube where it was streamed.

Belarusian researcher, activist and sociologist Aharelysheva discussed the peculiarities of the representation and participation of women in the 2020 presidential campaign, analysing the possible connections between the prominence this year of women politicians and the increasing grassroots female activism.