Title of the project:

Description of the project:

The aim of the Voice Against Violence project is to implement an awareness campaign including advocacy activities in order to prevent and combat undesirable stereotypes and causes of gender-based violence. As part of the 20-month project, we will implement a Voice Against Violence awareness and advocacy campaign to raise public and political awareness of violence against women and the Council of Europe Convention on preventing and combating violence against women and domestic violence (Istanbul Convention). We will achieve this through a nationwide social media campaign (indirect reach 500,000), public debates and workshops in the regions (850 people), cooperation with supporters (150), and advocacy work (addressing 281 politicians/people). The project will help women as the most frequent victims of gender-based violence and raise awareness of the problem of violence against women within our society.

1. Monitoring of the anti-gender movement and disinformations, setting of a strategic communication

2. Spreading of awareness about international standars in the area of domestic violence and gender based violence and the equality between men and women, through the media and social media

3. Organizing awareness raising activities in the area of gender based violence and the equality between men and women in regions

4. Creating an aliance focused on awareness raising and gaining a support of different actors - interdisciplinary, intersector and international support of the topic violence against against women

5. Advocacy activites focused on supporting equality between men and women, specifically the ratification of the Istanbuls convention, or the implementation of partial measures, such as change of the law about rape and law about domestic violence.

6. Evaluation and the impact of the implemented activities 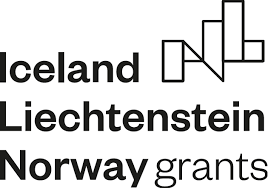