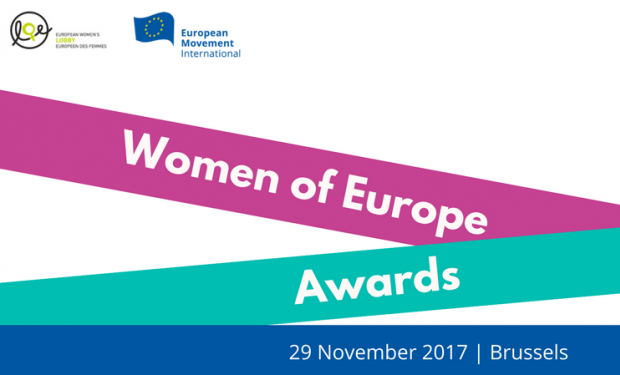 The Women of Europe Awards are handed out annually to honour women striving to advance the European project in their professional or private capacity. The role of women in the European project remains largely unrecognised, and the awards highlight the contribution of women in promoting and advancing European issues, and to increase the presence and involvement of women in debates about Europe and its future.

The 2017 Women of Europe Awards will be handed out on 29 November 2017 in Brussels. It will feature four categories:

Czech Women’s Lobby nominated three candidates for the above categories.

Jana Smiggels Kavková for Woman in Power, Director of Forum 50 % and Chairwoman of Czech Women’s Lobby

Gail Whitmore for Woman in Action, Founder of Hollaback!/Ozvi se!, Director of VDay Praha and co-founder of One Billion Rising Praha.

For more information about Czech candidates see the attachament.