My Body, My Choice? Summary of the debate on reproductive rights of Roma and migrant women in the Czech Republic.

My Body, My Choice? Summary of the debate on reproductive rights of Roma and migrant women in the Czech Republic. 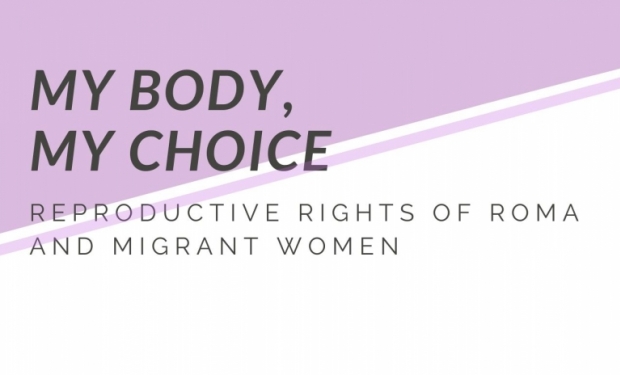 On November 25, the Czech Women´s Lobby, in cooperation with Slovo 21 and SIMI (Association for Integration and Migration), organised an online debate on the occasion of the International Day for the Elimination of Violence against Women. The debate, entitled My Body, My Decision, focused on reproductive rights of Roma and migrant women in our country. Deciding on one´s own body seems to be a natural thing. In spite of that, in the light of events in Poland, we can see that this does not necessarily have to be the case. The belief that reproductive rights of women are no topic for the Czech Republic is wrong. There are known cases of unlawful sterilisation of women in Czechia even from 2012, i. e. more than 20 years after the amendment to the totalitarian laws using this practice for genocide of the Roma and handicapped population.

I wished no more women would have to go through it.

Elena Gorolová, the spokesperson of the Association of Women Affected by Forced Sterilisation, shared her story. During childbirth the physicians opted for a caesarean section because of complications. The nurse presented Elena Gorolová with some documents to sign. She asked her about the name for a girl as well as for a boy. She did not explain what the documents were about and Mrs. Gorolová, who was in pain, just signed them. The physicians performed the caesarean section and sterilisation in Mrs. Gorolová, without actually telling her.

“When the doctor came to me, I asked him what exactly had happened during labour. And he told me I would never ever be able to have another baby. I was 21 years old and I could not believe it. I wished to have a daughter, which I could not have because of this intervention. My husband was angry since he had not been informed and had not given a consent thereto. The staff wanted to call police, he had to leave,” concluded Elena Gorolová.

She is not the only woman in Czechia subjected to forced sterilisation. Most often it happened to Roma women. Mrs. Gorolová joined the Mutual Coexistence Association, where she met other women who had experienced forced sterilisation. “I stopped feeling so lonely now that I knew I was not the only one to whom it had happened. To see other women who had experienced encouraged me to start fighting for compensation. I wished that it would never happen again, that no more women would have to go through it.” The forced sterilisation of Mrs. Gorolová was performed in 1990 and, sadly, there are also cases reported in 2012.

Elena Gorolová and Gwendolyn Albert, the activist who also took part in the debate, fight for compensation of unlawfully sterilised persons. Last year a group of MPs, both men and women, submitted a bill that would award compensation to persons who were unlawfully sterilised between 1966 and 2012. The bill was supposed to be on the agenda of the Chamber of Deputies in September, but it did not materialise. Elena Gorolová has been actively seeking justice for 16 years already. “It is a challenge, but I will keep fighting as long as I am healthy enough to do it,” concluded Elena.

Albert drew attention to the observation of Otakar Motejl, the first ombudsman, who had described the issues as the failure to respond to the Czech eugenics in the 20th century.

“There is a racist presumption that Roma women would more likely have had more children, some of them with a handicap. There is no evidence, however, supporting this statement,” explained Albert. Ignoring these historical facts and the absence of any research of reasons behind the forced sterilisation of Roma women resulted in shutting off the public from the issue of reproductive freedom of an individual, while an offer of compensation of forced sterilisation could be one of the gestures of support for the dignity of Roma population and a part of destigmatisation of their position in our society.

Forced sterilisation was performed not only in Roma women, but they represented the overwhelming majority. It is difficult to find out the exact number of women who experienced this trauma.

The quality of healthcare and the situation in health-related human rights shall be assessed on an example of their observance in the most vulnerable persons, noted Elena Tulupová, a female scientist from the Public Health Institute, the First Faculty of Medicine, Charles University.

Tulupová believes there are many reasons why the reproductive rights constitute a burning issue for migrant women: “For example, a certain role is played by their economic status; the length of their stay in the Czech Republic; the level of language proficiency since they are faced with inadequate knowledge and language barrier which makes communication with staff and social services impossible.”

Pivotal is the lack of access to public insurance for female foreigners from non-EU countries. Even though they have been living in Czechia for many years, they are not eligible for public health insurance and depend only on expensive commercial insurance or their own resources.

“This puts the pregnant migrant women at a disadvantage,” said Tulupová, “the word commercial suggests the provision of better services. In the Czech Republic, however, the opposite is true. Commercial insurance covers mainly the maintenance of health, prevention. It involves a great deal of problems due to lots of exceptions.”

For example, pregnancy is costly for migrant women in Czechia. Commercial insurance of pregnant women ranges from 50 thousand crowns up to 100 thousand crowns, which they have to pay extra. This insurance covers at least a certain part of the costs in case of a complicated labour or care for a prematurely born baby. But it is unclear what share of aftercare is covered by the insurance company.

Some migrant women do not have money enough for supplementary insurance and hope for no complications during labour. Other women travel back to the country of their origin. “Migrant women often postpone their pregnancy until after five years of living in the Czech Republic when they obtain a permanent residence permit. Some migrant women choose a home birth not because they would like to give birth at home, but because they have no money to cover the costs of childbirth in a maternity hospital,” explains Tulupová.

Childbirth is stressful even for women who can speak Czech.

Ming Thuy Leová works as a midwife in the St Apollinaire´s maternity hospital. She often provides support to Vietnamese women during labour and delivery. Thus, she helps overcome any potential language barrier between the woman and the medical doctor. She encountered this problem already as a child when she used to interpret for her family during an appointment with a doctor or when dealing with staff of a public authority. She decided to work in the health sector so that she could help overcome the barrier between the medical doctor and the patient. “When a Vietnamese patient comes to the doctor, he/she can somehow explain with the help of their hands and legs where it hurts. But during labour, when the woman is not sure about what to do, this can be very complicated and stressful,” said Thuy in order to explain her decision to become a midwife. Her colleagues often contact her for advice or asked her presence when a Vietnamese woman is in labour. Thuy also helps acquaint her colleagues in St Apollinaire´s maternity hospital with rituals and explain, for example, why Vietnamese women do not want to feed colostrum to their babies, or why women do not wash themselves immediately after giving birth.

Effective communication is the key.

Elena Tulupová, the scientist, does not consider the language barrier between migrant women and medical doctors to be the main issue. She is convinced it is the intercultural communication that in more advanced countries is a part of prenatal or lifelong learning of healthcare professionals, which unfortunately, has not been incorporated in majority of healthcare disciplines in Czechia as yet.

The issue of communication between medical doctors and patients from another cultural environment is, however, just a small part of communication difficulties of medical doctors and healthcare professionals. It turns out that their missing skills become obvious in communication with any “non-standard” patient, whether it is a person with dementia, a foreigner, or a handicapped person. Each such patient is more challenging in one way or another and the healthcare professionals can thus lose composure or temper. “It makes more or less no difference what language they speak, they simply do not fit in the usual standard. If effective communication principles fail, anything can become an issue,” concluded Tulupová.

The debate touched upon multiple problems of the Czech healthcare faced by the marginalised groups. In the light of developments abroad one might say that we are not that badly off.  This way the society can easily be lulled into false beliefs that human rights are not violated in our country, that everyone has the same access to medical care. The female guests pointed to the system problems in Czechia. It is important to pay attention to topics such as forced sterilisation or (in)accessibility of medical care for pregnant women migrant, and to seek rectification.

You can watch the debate on our YouTube chanel.