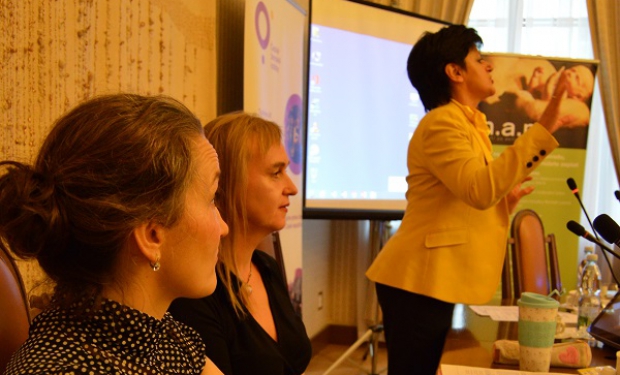 A recent debate on obstetrics in the Czech Republic was conspicuously lacking male doctors and politicians, and the country continues to ignore seven-year-old UN recommendations on the freedom of women to choose the place and manner of birth.

"Childbirth is important not only for women, but for all of us, that is, for the three or four men present here today," the moderator said at the beginning of the panel discussion on maternity practice, which took place on September 25 in the Chamber of Deputies.

The debate was mainly focused on the position of midwives in the Czech healthcare system and on the informed consent of parents. The "three or four men" present included the debate moderator himself. Not only was there a lack of men present, but also missing were medical professionals.

It is because of the predominance of men in Czech politics that the country does not have discussions on such issues as the humanisation in obstetrics or family policy, said MP Nina Novákova (TOP 09). At the beginning of the debate, she introduced a new cross-spectrum policy platform that wants to "conduct a constructive dialogue on women's issues among all politicians, regardless of their political affiliation."

The memorandum for cooperation across the political spectrum gained the signature of many politicians, among others, Nina Novak, Lucia Zachariasova (Green party), Lydie Bartosova (Pirate party) or Jana Duchkova (KDU-CSL).

The female politicians present discussed the position of their parties on the topic. They all agreed on the need for Czech obstetrics to reform and give parents a wider choice of options from which they would be free to choose their way of giving birth.

Informed consent: not about a signature

In 2010, the United Nations Committee on the Elimination of Discrimination against Women urged the Czech Republic to ensure women’s freedom of choice in terms of place and manner of delivery. But according several organisations working in the field of maternity rights, the state still does not follow this recommendation. Parents continue to receive care without their consent and are still subjected to some practices that are not recommended by the World Health Organisation, such as routine episiotomy or the separation of mother and child at birth.

"In the Czech Republic, the doctor presents his decisions, and the mother just puts her signature below it. Informed consent is not a signature collection but the informed decision of women over presented alternatives," criticized Sandra Paskova from the League of Human Rights. But at the same time, the Czech legislation regulates healthcare with a mandatory informed consent.

In western countries, midwives accompany pregnant women from the beginning of their pregnancy to the end of the puerperium, and this is considered a normal practice, not an eccentric alternative. Czech midwives work either in hospitals or with their own license, the awarding of which is decided on the basis of often absurd demands at the regional level.