Director of CWL at UN National Voluntary Review of Agenda 2030

Director of CWL at UN National Voluntary Review of Agenda 2030 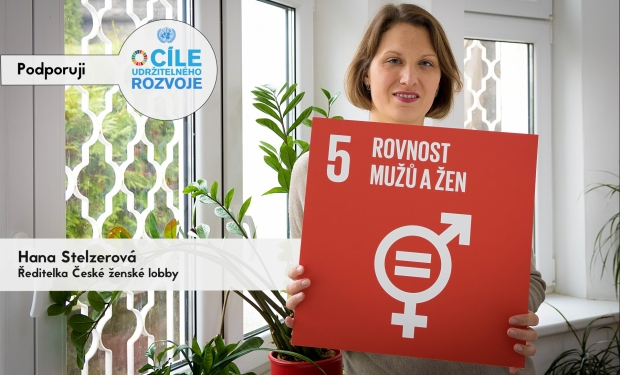 The director of the Czech Women's Lobby represented the non-governmental sector at the UN National Voluntary Review of Agenda 2030. She presented recommendations for the fifth point of the goal of sustainable development Equality between women and men.
You can read the whole input of Stelzerová below.

My name is Hana Stelzerova and I speak on behalf of the Czech Women's Lobby umbrella organization and a group of interested Czech NGOs.

Our network together with other NGOs has been part of The Government Council for Sustainable Development of the Czech Republic, we have been cooperating on the report and drafted our amendments, and we are honored to participate in the monitoring process of the Voluntary National Review of the 2030 Agenda.

Thank you for giving us the opportunity to raise our comments on the very important issues. The situation described in the report shows the positive improvements that have been achieved by our government but still, the reality can differ.

The report indicates the crucial role of the state, that we appreciate. Contrary, the report is missing information about a collective impact on fulfilling the SDGs. Civil society organizations have been the systemic change initiators and play an important role in advancing sustainable development in the Czech Republic. As the report says, NGOs are equal partners to the state. The bottom-up approach should be supported by the government at all levels. Persistent attacks on nonprofit organizations, women's and human rights defenders have to be tackled in order for sustainable development.

Specifically, the progress in SDG number 5 is still slow. The Czech government (national and local) does not implement and accept gender equality as an important priority and very often lacks gender perspective (also due to low representations of women in the decision-making positions) and overlooks the negative impact of covid-19 on gender equality that affects significantly more women. We appreciate the report to  mention the fact  that there is gender equality de jure but not de facto in the Czech Republic

Recommendation: Support the ratification and promote the real impact of the convention linked to sustainable development (SDGs).

Thank you for your attention.