Campaign Orange the World on Swedish embassy in Prague

Campaign Orange the World on Swedish embassy in Prague 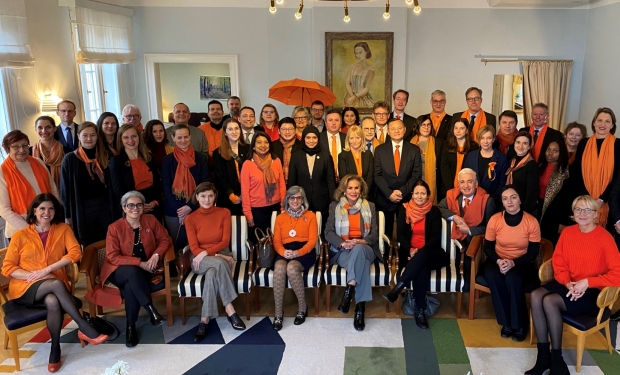 The Swedish Embassy organized a meeting of those working to improve the violence against women to promote the global campaign Orange the world and the following 16 days of activism against violence against women. The event was attended by 40 representatives of embassies and non-profit organizations. In support of the campaign, for the third year, the participants took pictures in orange, which is the symbol of 16 days of activism. An educational video was also created for the social media, in which spoke Swedish Ambassador Frederik Jörgensen, Canadian Ambassador Ayesha P. Rekhi and Croatian Ambassador Ljiljana Pancirov.