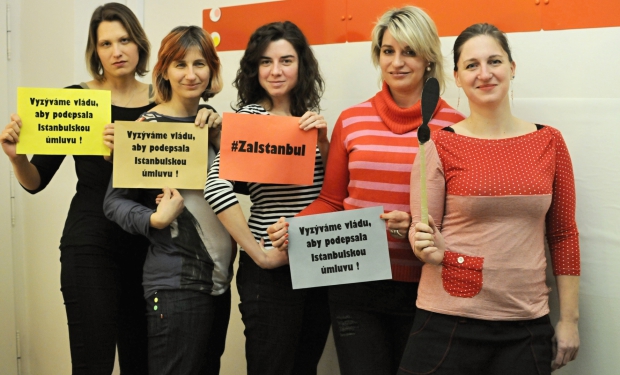 ‘The Istanbul Convention protects the needs and the safety of victims. There is a primary necessity to establish a network of support services that will provide the victims and their children with medical, psychological, social and legal help in all of the regions of the Czech Republic,’ adds Jana Chržová, president of the Czech Women’s Lobby. The fact that the government has agreed on the signature of the Convention sends a clear message, a message that our government considers the issue of violence against women to be important. The signature and ratification of the Convention alone will place the Czech Republic on the level of developed countries. If politicians and the general public truly care about the safety of Czech women and girls as they lately jointly declare, they should without a doubt support the signature and subsequent swift ratification of the Istanbul Convention.