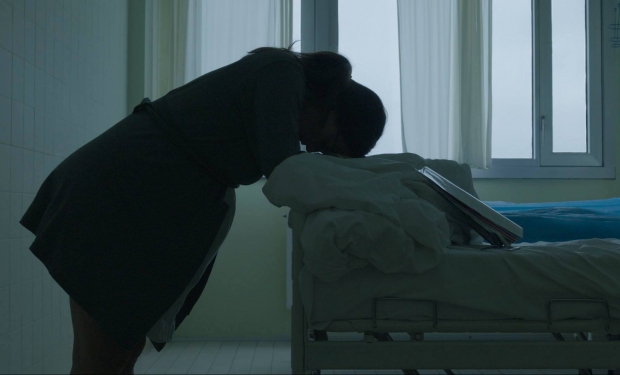 On January 15, 2018, the Czech Women's Lobby organized a Prague premiere of Slovak documentary movie by director Zuzana Límová Medzi nami/Before I Met you. A screening of movie which looks through the stories of three women in the functioning of a large Bratislava hospital took place at Prague's cinema Aero. The movie was screened in the Slovak language with English titles.

The documentary uncovered the reality behind the closed doors of delivery rooms of Slovakian hospitals and aroused a lot of emotions and questions about the obstetric health care, also relevant for the situation in the Czech Republic. The screening of the documentary was followed by a discussion with the director of movie Zuzana Límová.

The movie Medzi nami/Before I Met you shows the reality of institutional obstetric health care in the majority of totalitarian and post-totalitarian societies, care without freedom of choice. It is a great, though shocking, contribution to the current discussion about informed and free choice of obstetric health care“, said Ivana Antalová from the Czech Women’s Lobby. The documentary depicts the effort of women to maintain their dignity and the testimony of those who have the courage to speak.

„The voices of women who dare to speak up complement the film’s images captured during delivery in a public hospital. Situational interviews with staff members uncover the dark side of the healthcare system that prefers routine and medication to humanity“

„To date, we have been receiving a lot of reports from women, but also from men who have encountered violence in hospitals and unscrupulous behavior of staff members. Some births have resulted in tragic, life-long consequences, but also in the death of mother or baby. We are pleased that we have helped to create a space for sharing stories that parents have to deal with…We believe that their voices will finally be heard and the competent persons will take the necessary measures to avoid repeating such cases“, said independent journalist and filmmaker Zuzana Límová, who graduated in directing at ZeLiG – School for Documentary, Television and New Media in Bolzano, Italy.

For more information about the documentary Medzi nami/Before I Met you see this page.

Invitation to the event here.